4 Best Wineries to Visit in Santorini 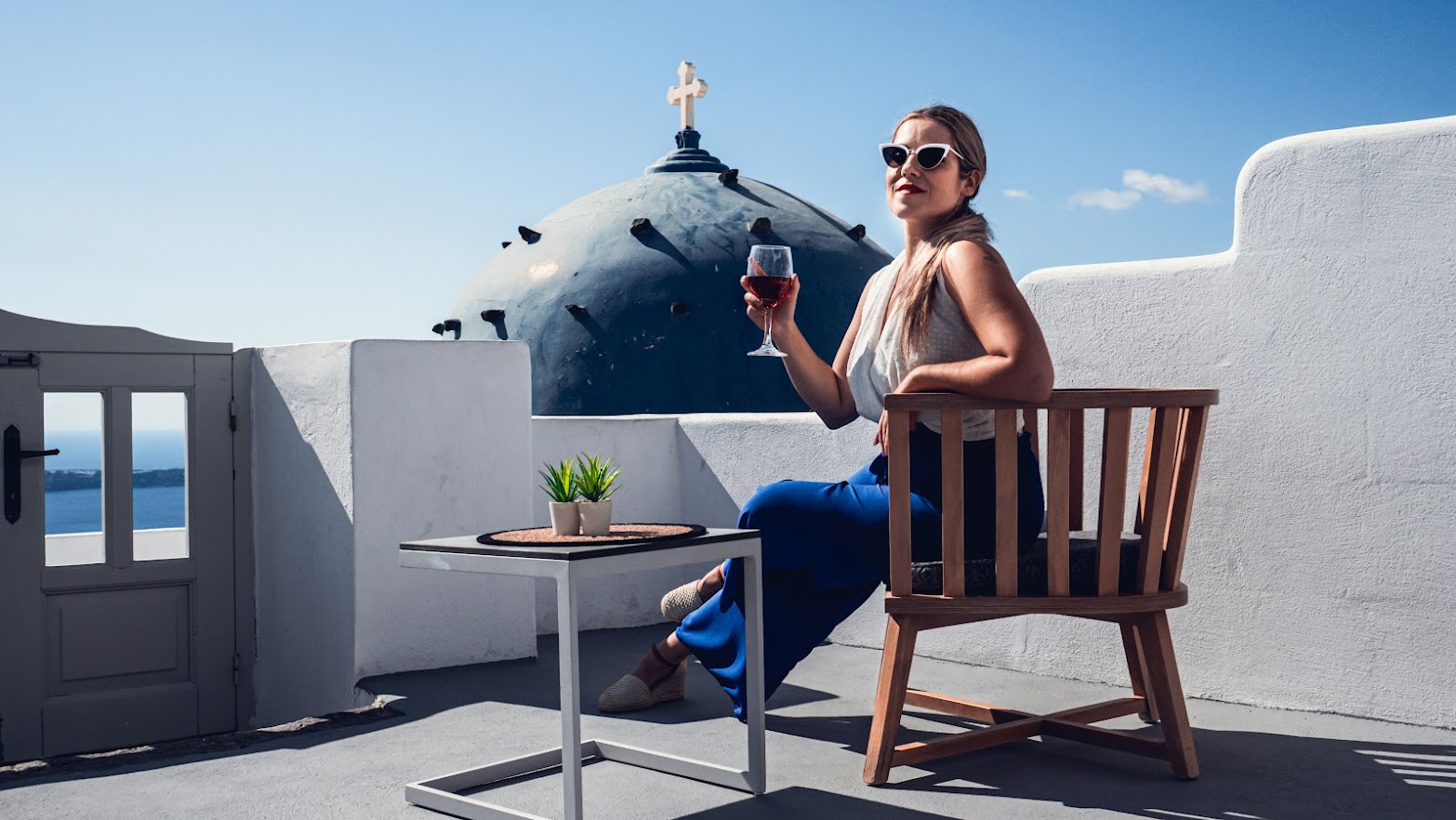 With the island’s lengthy history in the production of wine and wine making, wine tasting on a Santorini tour is among the most popular activities on the entire island. Traditional Santorini wineries can be found everywhere but the majority are situated in the southern and central areas of the island. Which are the most popular wines in Santorini? We have chosen the top 4 best wineries to visit in santorini:

Santowines Winery is the largest and most well-known winery located in Santorini. Is If there’s only one winery you’d like to see in Santorini or don’t have time to go to a second one, it’s got to be the stunning Santowines winery! They are located just outside of Fira, and it is one of the wineries in Santorini that have caldera views. Santowines was established in 1947. It’s the Union of Santorini Cooperatives. It is now the biggest winery on the island, representing all cultivators, and has around 1200 members who are active. There is a huge terrace at different levels that offers the most stunning perspectives of both the caldera as well as the volcano. There are a variety of wine tasting “experiences” where a waiter or wine-specialist will tell you the many scents, flavors, and styles such as Assyrtiko, Nykteri, or Vinsanto.

Gaia makes 130,000 bottles each year of white wine on Santorini and its reds are sourced from vineyards that are secondary located in the Peloponnese. In 1994, the company put its winery on the beach, which is just five minutes away from Santorini’s airport. It’s a beautiful setting that was once a nightclub on the black sand beach. Visitors can try both wine sets (red as well as white) on a terrace with a beach view beneath tamarisk trees while five playful cats roam all around. The year 2009 was the first time Gaia started aging its Thalassitis white wine in the ocean in front of the vineyard. The 2014 vintage is deemed by Gaia to be a huge achievement.

Boutari winery is among the biggest wineries in Greece with its first vineyards activities in the Northern Greece area. In 1989, the Boutari family launched the first winery at Santorini and, since then, was making a mark in the world of Santorinian wines across the world. Boutaris vineyards are situated in the Southern portion of the island. They comprise a land area of 6 acres.

One of the unique aspects of the winery is that it offers you the opportunity to observe its vines at a close distance and to learn more about a particular method of growing grapes in Santorini.

Boutari winery is settled in a modern structure, but it retains certain elements of the traditional architecture. The whitewashed roof reminds us of anti-seismic structures that we’ve used on this island since the beginning of time, and until today, as a safeguard against earthquakes.

In 2017, a section of Boutari yards located in Santorini is now the location for the most unusual and most thrilling event in Santorini hot air balloon rides. They have also paired with Boutari wine tastings right after!

Canava Roussos Winery is the oldest winery located in Santorini and was established in 1836. It is now run by Yannis Roussos at an excellent location with a beautiful outdoor terrace where you can taste wine. On the beautiful terrace, guests will have the chance to taste Roussos wines, as well as snacks and Greek meze to complement the wines in the most optimal combination. The winery produces a diverse variety of Santorinian wines like Athiri Mavrathiro, Mavrathiro, Assyrtiko, Mantilaria, Vinsanto. Canava Roussos Winery is located at Episkopi and is located on your left as you travel to Pyrgos towards Kamari Beach. It’s the oldest winery in Santorini and is, basically it was the first to start the whole process of making wine on the island in the 1800s. 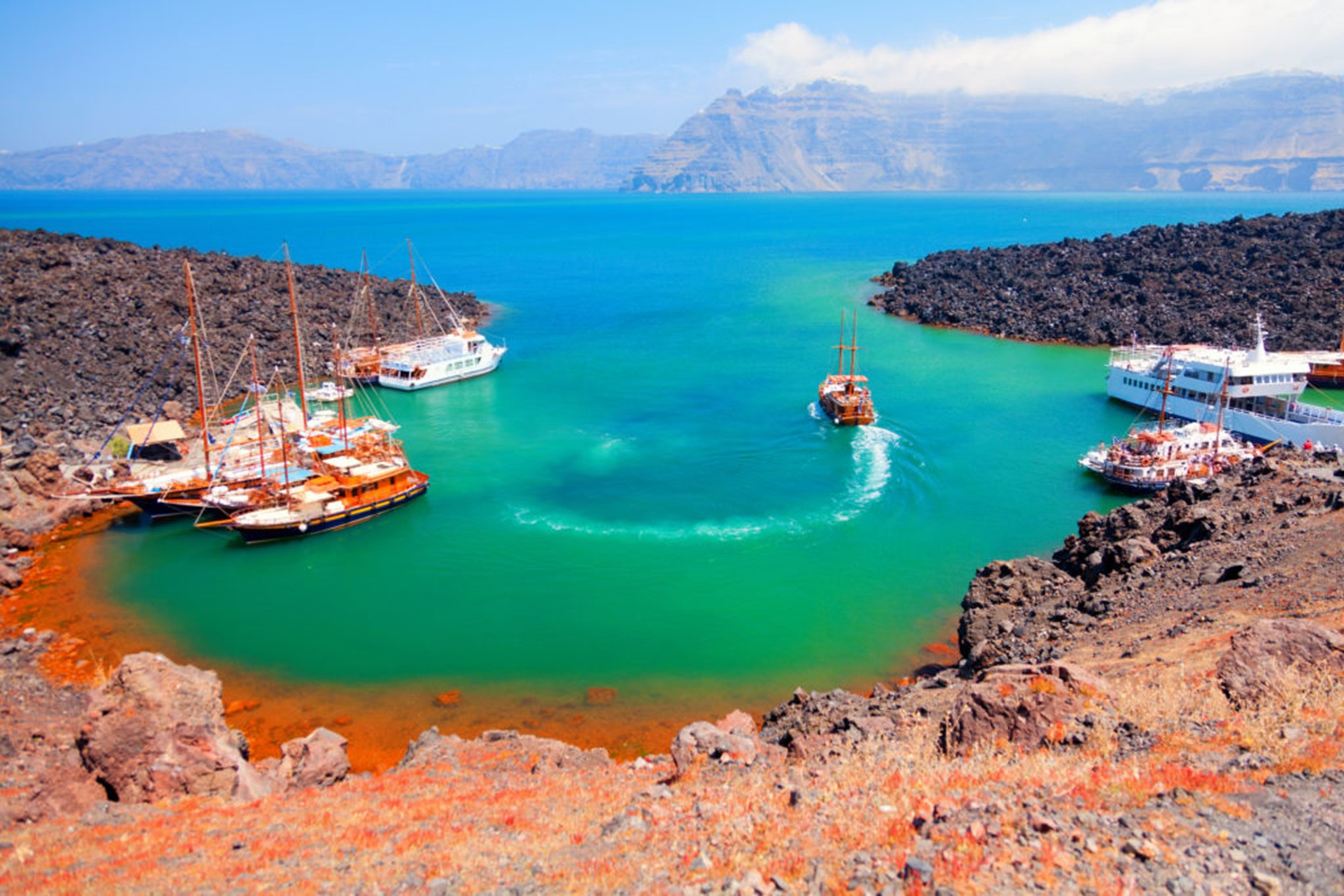 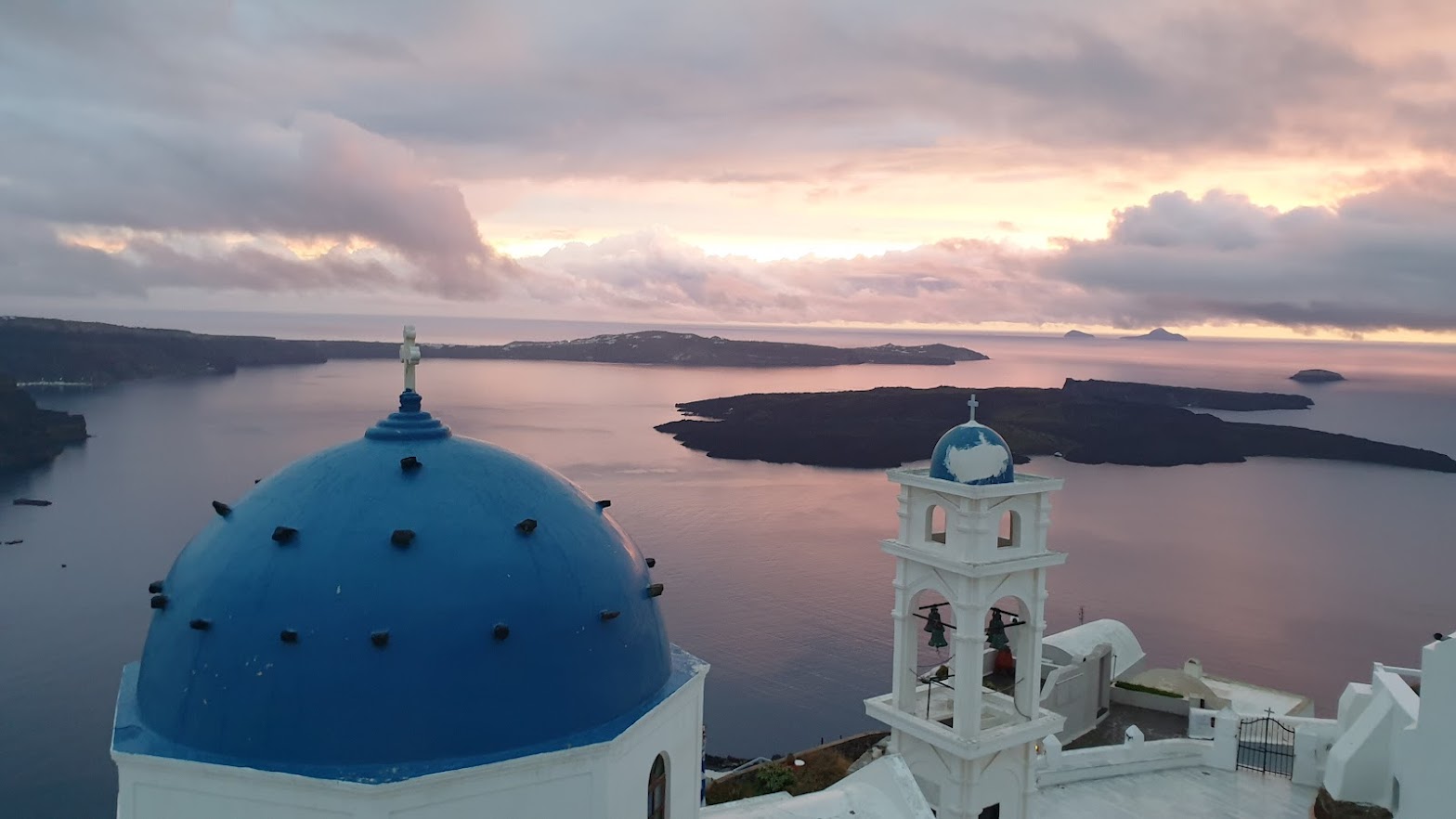